To solve Japan’s social problems of declining birthrate leading to declining population , by placing a great importance on the marriage system, IBJ wants to contribute directly to the solution by creating married couples.

Japan’s total births outside of marriage outside marriage is just about 2.3%, lowest among the developed countries which indicates that higher number of marriages lead to higher birthrates. 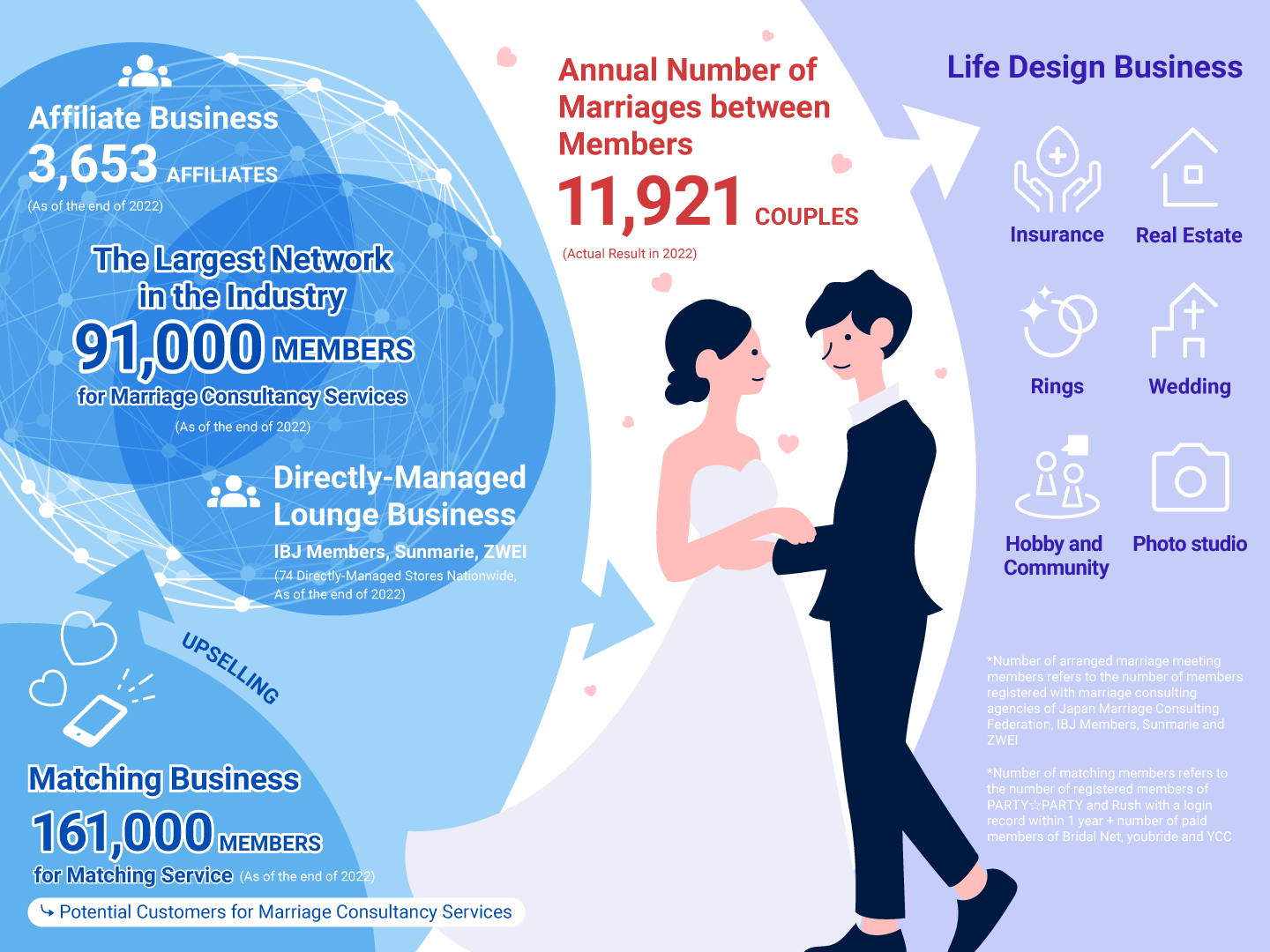